How Many Monitor Do You Need To Trade Forex?

How sexy is a desk with multiple monitors? Nothing excites many of us more than sitting down to our desk with charts whirring and price jumping, reaching for that elusive TP. We’re like captains on a space mission, destination – planet money.

A wise man once said, “Unless you have at least 6 monitors, you’re a loser”.

Surely the more markets you can watch at once, the more likely you are to detect trading opportunities, and more money you stand to make!

You only have 2 eyes and unless you’re a circus freak, you can only look at one thing at a time. If you’re looking at multiple monitors it generally means you’re splitting your focus and not absorbing all the information needed to make logical decisions.

Research has shown there’s no such thing as multitasking. Instead, your brain toggles rapidly between each task giving it undivided attention, but only for a moment before toggling back to the previous task.

How many times have you been looking into a pair, only to see a little movement in your peripheral?

Is that a trade setting up? No… where was I? Ok, focus.

More monitors are guaranteed to do one thing – make you feel more successful than you are.

One monitor is plenty. By glueing your eyes to a single chart it makes it easier block out distractions. If a trade looks to be setting up, check other timeframes and correlated pairs, run through your trading plan and decide on a course of action. It should only take 30 seconds to to confirm, and any trade that takes less than 30 seconds to analyse isn’t a trade at all. It’s a punt.

And punting’s for gamblers, not traders.

If you ask an unprofessional and inexperienced person that how many monitors you need to trade, he can easily mislead you and make you waste a lot of money on this.

I have seen this very frequently that when someone decides to trade, the first thing he does is spending several thousands of dollars to buy several monitors with a strong graphic card, or setting up a multi-monitor trading desk. Of course, they can not be blamed, because they are just misled by others. They think in order to trade professionally, having multiple monitors is a must, but this is not true.

A disciplined, knowledgeable and experienced trader can easily make money with a simple $500 laptop, but when you don’t have the knowledge and experience and you don’t follow the right track, then having the most expensive computers and equipment cannot help. It can even make you lose more, because it makes the work more complicated, and complication in trading has no result but failure and loss.

Instead of being worried about the things that have no role in your success, focus on the factors that make you successful. Start from the right place and follow the right track.

No Spam At all.

Check Forex Robots on Our Shop

Do You Want a 50% Discount On All Trading Robots on Our Store?
This offer lasts for 24 Hours.

By entering your Name and E-mail, you will receive a 50% discount in your mail. 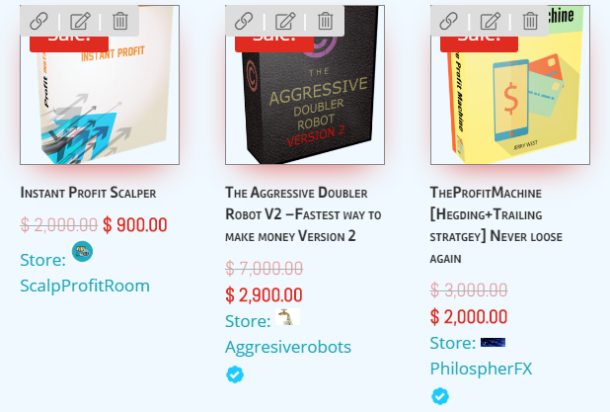 Congrats, one more step, go to your inbox and click on the confirmation link to receive discount.